Queen B by China Glaze

Just a couple ‘o swatches of Queen B. I saw it on display with China Glaze’s fall 2013 collection at Sally’s and had to pick it up. It’s a deep violet creme polish and while it looks great on its own it looks even better with a matte topcoat. I wish I had taken photos after I added the topcoat but I’ve already removed it all. Just take my word for it: Queen B looks great as is and if you happen to have a matte topcoat around, give it a shot on top of this gorgeous color! 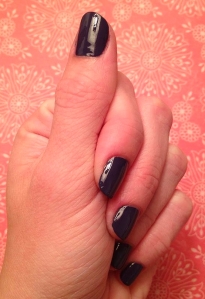 Remember to click on the photos to enlarge them! 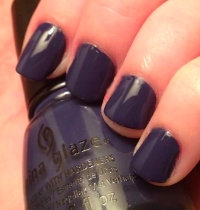 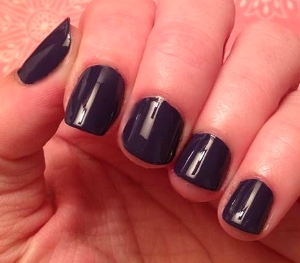 Man, the broken tips on my middle and ring fingers really affects all of my swatches right now and it’s so frustrating. Ah well, you can still see how gorgeous Queen B is and that’s all that matters!

Posted in Swatches and tagged china glaze, queen b, swatches. Bookmark the permalink.

As of July 2013: I'm currently 25 and married to a wonderful Marine officer named John. As of January 2013 we live in Camp Lejeune, North Carolina. Together we have a 22 month old son named Jameson. I went to school at the University of Mississippi and am originally from Rome, GA. I have also lived in SC, VT, and VA. Last but not least I love anything having to do with nails and jewelry! This blog is entirely about nails and while I'm a total beginner it's fun all the same.
View all posts by rookienails »
← Two New Polishes Added to Vixen Polish!
Tiffany Impostor + Matte Topcoat →